Dr. Foster received her Bachelor’s Degree from the University of Pennsylvania and completed postgraduate studies at Columbia University. She received her medical degree from Robert Wood Johnson Medical School and completed her Adult Psychiatric Residency Program at St. Vincent Catholic Medical Centers in New York City, NY. Dr. Foster then completed a Child and Adolescent Psychiatry Fellowship at the Children’s Hospital of Philadelphia where she served as Chief Fellow and was awarded the Elizabeth B. Weller, MD Award for Outstanding Clinical Fellow. Dr. Foster is board certified and licensed in Pennsylvania and New York State.

Work & Beyond- In addition to her ongoing lectures at various professional organizations, Dr. Foster takes an active role in her Parent Teacher Association and Community Outreach Programs. Taliba is a wife, loving mother and a resident of Philadelphia. To her friends, family and clients, Dr. Foster is a vibrant, optimistic and compassionate person.

Dr. Foster in the Press

Dr. Foster's professional expertise and positive impacts in the local community have been highlighted across numerous news stations and publications. 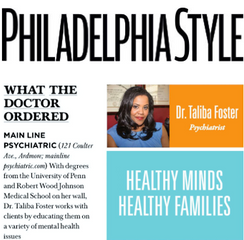 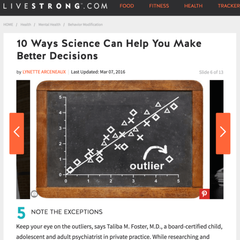 Life moves quickly, and every day we make countless in-the-moment decisions, often not fully considering the consequences and finality of those choices. In spite of this, things usually turn out reasonably well. But what about those times things don’t turn out so well, when you wished you might have chosen better? With science contributing to breakthroughs in medicine, technology, physics and just about every area of life, wouldn’t it be nice if science could also help us in the decision-making process? Well, here are several experts who say that scientific studies and scientific methods can indeed help us make better decisions -- and they also explain how you can take advantage of it.Click for full article 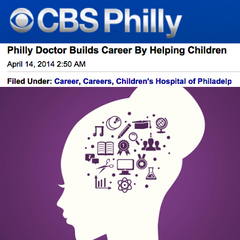 Philadelphia has Some of the Best Teaching Hospitals in the Country- many graduates go on to practice in the city. Philadelphia would be an excellent choice for job searching in the field of psychology, psychiatry or social sciences. Taliba Foster attended the University of Pennsylvania to obtain her undergraduate degree and finished off her training atChildren’s Hospital of Philadelphia where she completed her Child andAdolescent Psychiatry Fellowship. Dr. Foster’s practice has remained in the Philadelphia area where she does a great deal of work with intermediary agencies working on behalf of children in Philadelphia. 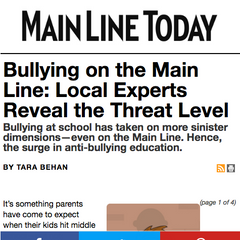 Bullying at School Has Taken On More Sinister Dimensions—even on the Main Line. Hence, the surge in anti-bullying education. It’s something parents have come to expect when their kids hit middle school—but not kindergarten. When 5-year-old Julia first started at a private all-girls school on the Main Line, she was excited about attending. Soon, though, she was making excuses to stay home, becoming so upset on the morning drive that she’d become physically ill.

Her parents were at a loss. After alerting her teacher and the school, they learned that Julia was being relentlessly teased and excluded from playtime by her fellow kindergarteners. A female classmate was the ring leader, admitting that she was being mean because Julia, an Asian American, “looked different.”

Psychiatrist Taliba M. Foster has treated Julia and others the same age at her private practice in Ardmore. Early on, bullying tactics include everything from name calling to hiding toys.... 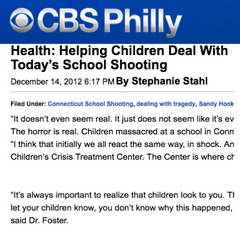 Newtown Connecticut School Shooting- Dr. Foster was onsite in Newtown, CT. in the aftermath of the Sandy Hook Elementary School shootings. She was interviewed by CBS during the Health Segment, titled "Helping Children Deal with Today's School Shooting." The link to the article and video can be found here > Click-For-Video

PHILADELPHIA (CBS) – Today’s school shooting in Connecticut is shocking for the children who lived through it and for those watching and hearing about the tragedy. There will naturally be a lot of fear and anxiety following this shooting, but experts say it’s important to reassure children they’re safe and encourage them to express their feelings.

“It doesn’t even seem real. It just does not seem like it’s even possible,” expressed a mother at the scene in... 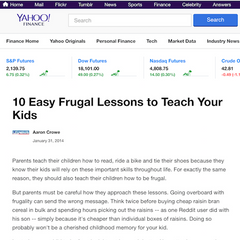 But parents must be careful how they approach these lessons. Going overboard with frugality can send the wrong message. Think twice before buying cheap raisin bran cereal in bulk and spending hours picking out the raisins -- as one Reddit user did with his son -- simply because it's cheaper than individual boxes of raisins. Doing so probably won't be a cherished childhood memory for your kid.

Lecturing your child to be frugal might not be much better. No matter how many times you explain that turning the lights off after leaving a room will lower the electricity bill, it's unlikely to get the job done.

"The most important thing is parents need to lead by example," says Dr. Taliba Foster, a child psychiatrist who has a private...