Rx: Know the difference. It’s flu season and the pollen count is through the roof. #cherryblossom

When I hear “midlife crisis”, I think balding men in their 50's driving a shiny new sports car with a new young wife. But now...there is a NEW MIDLIFE CRISIS on the horizon. It is occuring in 50-65 million women born from 1965-1984. This generation called “GEN X” falls after the Baby Boomer generation and before the Millennial generation. This dreaded middle child is marked by fear, anxiety, exhaustion, and perimenopause. Physically, women are nearing the end of their reproductive cycle and are having surges in estrogen and progesterone. This period is called perimenopause and it can last from 3mos-13 years! The hormonal changes cause bouts of tearfulness, mood changes, insomnia, headaches, short fuses, and hot flashes. Stress makes these symptoms worse. Present day women are not taking hormone replacement therapy (which helps with symptoms) as much as in the past because there have been reported links to breast cancer, stroke, and heart disease. Menopause finally occurs when you are without a menstrual cycle for one full year. For some women, perimenopause marks the period where having biological children or getting married is less of an option. Nationally, chances of pregnancy are 28% at 38yo and 3% at 45yo. Sixteen percent of women never married but want to be- leaving some wanting closure on something that may/may never happen. Unlike generations prior, GEN X women are the most accomplished female generation to date. There have been many 1sts: women going to college, more opportunities, out earning men, launching careers, less sexism, closing the wage gap, and relaxed social norms about marriage and children. Unlike generations prior, GEN X women ALSO grew up at a time where: 40% had divorced parents, both parents worked outside of the home and some were “ latch key kids” coming home to empty houses. There was increased fear, drugs, crime, distrust of politicians, corruption, missing children, and the AIDS epidemic. What affected this generation most was the 90s recession where women lost 50% of their wealth. That translates into women GEN Xers being the most successful generation in 2004 to the least successful in 2015. So why are women GEN Xers so stressed? (....How many apply to you?) Is it family? Having children later in life means raising young kids in their 40s. Exhausting! Taking care of older parents who are living longer; Taking care of grandchildren; Taking care of a special needs child; Feeling the need to provide security, safety, and health insurance for your children, which may mean that you are underemployed and stuck in a job that you hate because their needs overrule yours. Is it financial? 60% of GEN X women live weekly check to check; Best educated generation= more educational debt; GEN X women have 66% less money than their parents; Home prices have increased in price by 80%; College costs have increased 4 fold; There is virtually no money for retirement or savings; Earning less; Investing less; Widespread knowledge that there will be no social security nest egg by 2040. Is it social? Looking at the “perfect lives” and bragging that occurs on social media (it's all smoke and mirrors by the way); Breaking news, weather catastrophes, nuclear threat, mass violence, hate in the news; 10P calls/texts/emails from your boss that you feel obligated to answer because you need that job (see above). As a result of these internal and external stressors, GEN X women are having 40% more affairs than 5 years ago; and 69% of divorce is initiated by women. There has also been an uptick in alcohol and drug useT and a rekindling of relationships with old boyfriends. So now what? Realize that this is really a “thing”. You're not crazy, unreasonable, or the sole cause of your families problems. Talk to your friends about it. Accept the benefits of aging. Manage conflict better. Recognize that your children are growing and won't need you as much, which means that you will have less pressure and more time to yourself soon. You will also be able to make guilt free choices about routinely working for a company which provides steady income or as a consultant which gives you freedom but perhaps an unknown next income source. Try not to feel guilty about complaining and do not listen to others that make you feel guilty about complaining. In some ways we have it much better than women before us; but in other ways it feels so much worse. Try meditation, talking to a friend, physical exercise, reading, or whatever helps YOU when you feel out of sorts. 7.5 million GEN X women aged 40-54 had cosmetic surgery last year to help with their process. Whichever you choose, be sure that it does not become addictive or oppressive. Physiologic changes predispose 20% of GEN X women to depression. Try to be self aware and seek medical care if needed. My office, Main Line Psychiatric 484-412-8316, has weekly group therapy meetings which address some of these issues in a relaxing and nonjudgmental environment.. Know that you are not alone. Embrace and use your age and wisdom to your advantage as it always wins over youth and bravado!

A new study suggests different members of different generations have a harder time getting the right amount of sleep - especially Gen X women.

Ladies of #GenerationX this FOX 29 segment is for YOU💕. Had the timely opportunity to sit down with fellow The Agnes Irwin School alumnae👩‍🎓 Karen Hepp FOX 29 to discuss #midlifecrisis and why women our age sleep 😴 so little and experience #insomnia. You are not alone. Learn more here and call for help if feeling #anxiety #depression or if you are suffering silently and doing your best to push through. #WomenSupportingWomen Watch 📺 Here ➡️: https://www.fox29.com/video/653613

Rx: Evolve. Pushing yourself past your KNOWN limit is terrifying. The thought that it may break you into 1000 pieces- some of which you may never recover from makes playing it cautious a safe bet. But....chances are you WONT be broken and if you are...putting the pieces back together with your new found knowledge, CAN only make you bigger,better, faster, and stronger than before. It’s the only way that true growth can happen at an accelerated pace. You can’t be a caterpillar and butterfly at the same time. #choose #GROWTH @docfos @mainlinepsychiatric 484-412-8316

Rx: Lend a hand. At some point someone thought that you were working hard. They recognized it and took a risk on your behalf. It wasn’t THAT long ago. Remember how it made you feel? Helped you succeed? Do that for someone else. The bootstrap myth is BS in 2020. Reward hard work- there’s enough out here for everyone. @docfos @mainlinepsychiatric

Rx: Self care. What act of self care have you performed today? Yesterday? Tomorrow? @docfos @mainlinepsychiatric

Some days are easier than others. Other days seem impossible. Kobe showed us what can happen when you are not discouraged by the hard days and how keeping your eye on the prize always gives you the edge. Greatness is often “discussed” but only personified when put into practice. Kobe was the #GOAT offensively. He mastered his shot from any angle, under any pressure, and against any defender. When in his zone he was untouchable. You could not block his shot. Period. How did he get there? Practice, desire, discipline, dedication, hard work, and more hard work. Remember his 80 point game??? It didn’t happen overnight. Don’t cheat yourself or the people who love you. Show up and show out. It’s only considered bragging by those who aren’t working as hard. Be great! #kobe #mambamentality #mambacita #kobebryant #wakeupcall #takingmyownadvice #docfos @mainlinepsychiatric

Rx: Know your worth. @docfos

Rx:Smell the roses! No matter how small, progress is progress.

Rx:Smell the roses! No matter how small, progress is progress.

As shock wears off, mental health concerns grow in Bahamas

The extent of the storm's terror lingers on in the minds of many.

Today is #nationalsuicidepreventionday. Erase the stigma and help someone today who is in need! ❤️

Rx: Cope. Harder to do than to say but everyday is a new adventure! Go for it!! @blackfemaletherapists @blacktherapist @mainlinepsychiatric 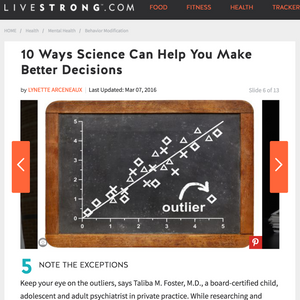 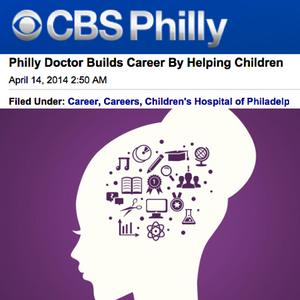 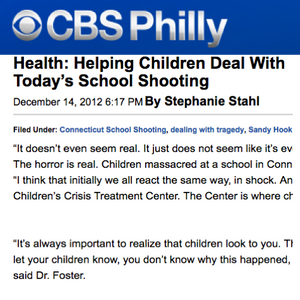 Newtown Connecticut School Shooting- Dr. Foster was onsite in Newtown, CT. in the aftermath of the Sandy Hook… more 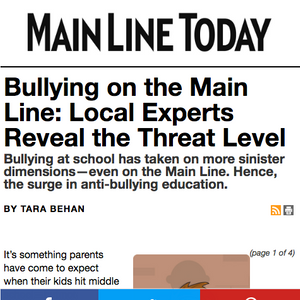 Bullying at School Has Taken On More Sinister Dimensions—even on the Main Line. Hence, the surge in… more 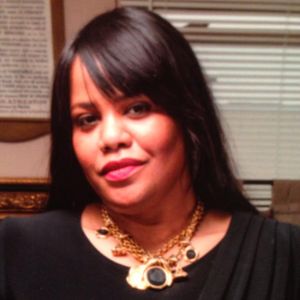 Dr. Foster received her Bachelor’s Degree from the University of Pennsylvania and completed postgraduate studies at Columbia University. She received her medical degree from Robert Wood Johnson Medical School and completed her Adult Psychiatric Residency Program at St. Vincent’s Catholic Medical Center in New York City, NY. Dr. Foster then completed a Child and Adolescent Psychiatry Fellowship at the Children’s Hospital of Philadelphia where she served as Chief Fellow and was awarded the Elizabeth B. Weller, MD Award for Outstanding Clinical Fellow. Dr. Foster is board certified and licensed in Pennsylvania and New York State... more